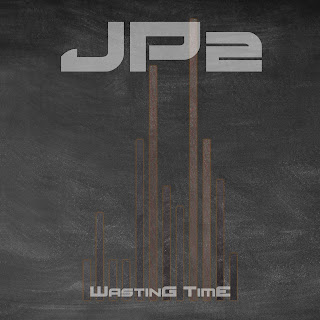 Indian River Music Company is honored to present you “Wasting Time”, the third single from JP2.

“Wasting Time” is a duet featuring April Rose (Auditory Armory) and tells the story of two accidental lovers at odds with their looming decision.  The song presents an unexpected yet refreshing stylistically departure from JP2’s previous offerings.  The thunderous guitars and vocal harmonies we’ve gotten accustomed to are present, but the addition of organic beats, electronic drums and synths deliver an amazing musical palette that should satisfy many audiences.

Born and raised in Puerto Rico, JP2 moved to Orlando, FL in 2001 in search of akin musical minds with which to bring his muses to life. He was a founding member of Runnin Blind, Over The Radar and took part in an early adaptation of Alphæus. He also collaborated on several compositions for the University of Central Florida.

“Wasting Time” will be available now on iTunes, Spotify as well as most other digital music retailers on November 20, 2020.