New Releases from Halfway To Adonis 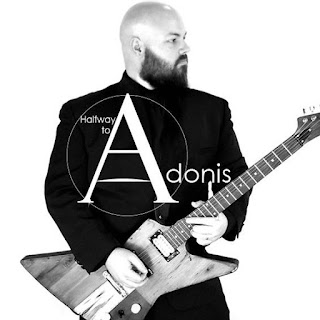 Written and recorded in Florida in 2016 along with our Deftones / Foo Fighters / Fear Factory cover medley (Check YouTube for that one). These were initially meant to be recorded as the start of a new band that might eventually move out of the studio and onto a stage, featuring vocals any lyrical content from Jeremy Hyson (between his time in the bands Nu Era and Stark).

During recording sessions for other tracks and before completing these, Brad got the call about a killer job opportunity and quickly relocated to Texas. Brad recruited FL Metal Scene alum Nicholas Cooke (AKA Nicodemus from Lunatic Candy Kreep), also relocated to TX, to assist with drum duties on these tracks.

Brad sat on these tracks for a while working on a larger collection of music, unsure of the exact direction of the project and how these tracks would fit in, toying with mixing and new ideas from time to time, even posting demo versions on social media.

Deciding to complete the tracks and release became a priority over the span of 2020 and you can find Vacant on most platforms now.
Click here to listen to Vacant.

Fans of industrial metal, this is for you. This is a new take on Dope’s 2001 ball-breaking, uber-catchy track “Die MF Die”.

If you like Fear Factory, Static-X, Powerman 5000 – you want to give this a listen.
Click here to listen to LIE MF LIE.

A solid cover of Pantera’s hard-hitting track “I’m Broken” with the intention of having a fucking blast jamming some Pantera while sticking very close to the original.

Subproject 54 is Tony Streetman with Brad Tbolt on vocals for many tracks and occasional guest vocals for some tracks.