The Embodiment Of HOPE 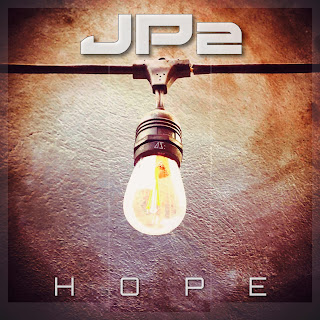 Indian River Music Company (IRMC) is thrilled to present you “HOPE”, the second single from JP2.

Produced at IRMC Studios by Jason Banning, “HOPE” is a driving rock anthem that, much like the word itself, leads the listener to cherish a desire with anticipation. The composition starts with an explosion of sound and takes us through audible cinematic landscapes filled with big drums, heavy guitars and intense melodies.

Born and raised in Puerto Rico, JP2 moved to Orlando, FL in 2001 in search of akin musical minds with which to bring his muses to life. He was a founding member of Runnin Blind, Over The Radar and took part in an early adaptation of Alphæus. He also collaborated on several compositions for the University of Central Florida.

“HOPE” is available now on iTunes, Spotify as well as most other digital music retailers.