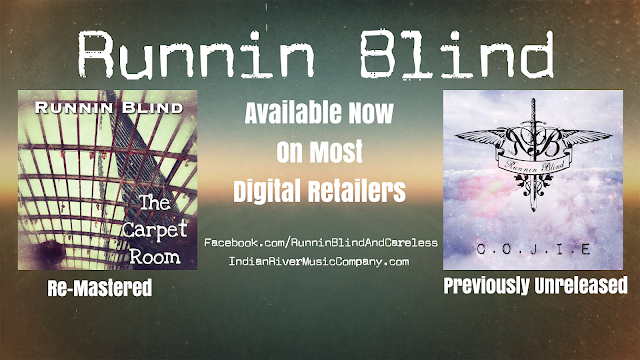 Indian River Music Company (IRMC) is proud to introduce you to the music of Runnin Blind by re-releasing the band’s debut album “The Carpet Room” as well as releasing for the first time their long lost sophomore effort “C.O.J.I.E.” on December 18, 2018. Both original recordings have been remastered by renowned producer Howie Beno (Ministry, Depeche Mode, Stereomud, Alphaeus, Blondie).

Originally formed in Orlando, FL in 2001, Runnin Blind was a melting pot of music and culture. For six years, the band played extensively across Florida and the southeast, greeting audiences with a high energy show and an eclectic sound that borrowed from genres such as rock, R&B, jazz, metal, prog, altogether delivering a harmonious tour de force. Runnin Blind disbanded in 2006. All members remained good friends and some of them have pursued other musical endeavors with Auditory Armory, Fiusha & JP2 to name a few. The band has now joined the IRMC artist roster and is currently working on new material.

“The Carpet Room” and “C.O.J.I.E.” are available now on iTunes, Google Play, Spotify, as well as most digital music retailers. KEEP RUNNIN!!!